Born and raised in Queens, New York, Bey considers herself mostly an “East Coast girl” because of the formative years she spent as an adult creating and protesting in the DMV area. It was D.C. producer Chucky Thompson (known for his work with Notorious B.I.G. and Diddy) who encouraged Bey to record her own songs after years of writing for others and performing spoken word poetry. Like her dad, the pioneering rapper Grand Daddy I.U., Bey made the most out of what she had as a self-taught musician with a penchant for storytelling and an ear for sampling.

Yaya Bey’s 2016 debut, The Many Alter-Egos of Trill’eta Brown, was an ambitious project that included a dreamy, largely acoustic mixtape, book, and digital collage inspired by her front-line activism as a street medic in Ferguson. “You spend two years of your life protesting and getting assaulted and arrested—you got a lot of shit to say after that,” Bey said.

Since then, she’s sharpened her sound and honed her focus, using the same D.I.Y. ethos that drove Trill’eta Brown to move from the global struggle of Black liberation towards her own inner healing. Inspired by the warm, smooth soul of Donny Hathaway and the strength of musicians like Alice Smith, Mary J. Blige, and writer Toni Morrison, Bey aims to soundtrack the lives of Black women just like her. With her 404 and pen, she brings an electrifying insight to the seemingly mundane like corporate malaise, heartache, and social media anxieties.

Bey has also developed her skills as a multidisciplinary artist, labeled “a force to be reckoned with in the art world” by Essence Magazine and acclaim from Solange’s Saint Heron agency. To date, she’s shown her collage work in galleries and has had two residencies at Brooklyn’s MoCADA Museum. She also creates her own merch and album artwork, including the visuals for her EP 'The Things I Can’t Take With Me'. 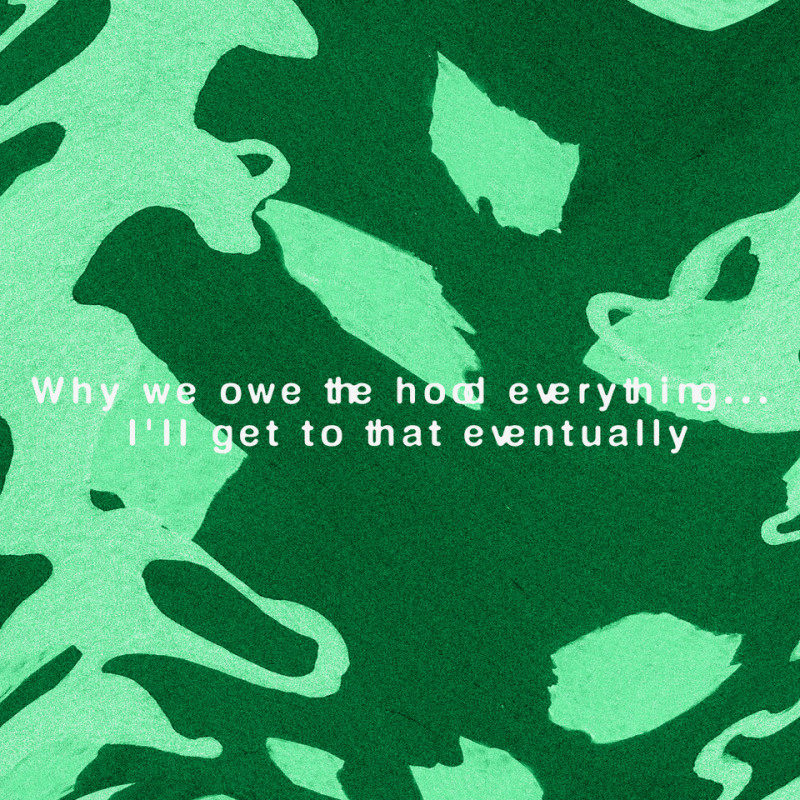