Why we owe the hood everything... I'll get to that eventually

In 2019 I spent a summer at MoCADA Museum as an artist in residence. I set out to use my time to expand upon Kimberle` Crenshaw’s Intersectionality. If I’m honest I didn't feel that qualified  for the task.  But… there’s this thing that I noticed we all sorta do. I call it Emotional Climbing.


Emotional Climbing identifies the ways members of a group whose privilege is in correlation with another group’s oppression may benefit from the emotional labor of the latter group when seemingly joining forces but ultimately remain unable to reciprocate the benefit while holding onto the privilege the later group’s oppression is contingent upon.

Okay, hear me out. Because we’re living in a capitalist, imperialist patriarchal wasteland, we’re basically in the fucking hunger games, eveyone is privileged at the expense of someone else. But, using the framework of intersectionality we can also see how our oppression may overlap. When I was still shy about my work or perhaps experiencing imposters syndrome I used more obvious examples like the complex relationship between Black women and Black men. At this point we all know Black women do the bulk of the emotional processing necessary to survive racism. This labor is beneficial to Black men and ensures that they survive another day to enjoy the benefits of patriarchy which obviously occurs as a disadvantage to Black women. Cool, we’re clear on that. But, culturally there are more nuanced ways this phenomena occurs.

In 2020 the entire country was at the mercy of a tyrant who refused to acknowledge the seriousness of a global pandemic. Humor has been a coping mechanism for Black people for ages and for years now white people and non Black people of color have had a front row seat to our soothing sessions via the internet. Black people carried the western world through 2020. While we were all stuck at home it was tik tok and Black twitter, dance challenges and Versuz battles that kept us all laughing and entertained. Even though Black people as a collective helped the entire country cope with a negligent administration and the grief of what that negligence cost us, an overwhelming number of whites still voted on the side of racism. Now, with that said I don’t have much else to say about white people cause white people gone white people and that ain’t really my business but…

If you were wondering why I chose the term Emotional Climbing, well, it’s a play on Social Climbing. You know, when people attach themselves to the fruit of other people’s labor without actually performing the labor themselves in order to benefit from social positioning. This also occurs within the framework of intersectionality. If you don’t know what that is here’s the definition according to Kimberle` Crenshaw…

the interconnected nature of social categorizations such as race, class, and gender as they apply to a given individual or group, regarded as creating overlapping and interdependent systems of discrimination or disadvantage.

Okay, so back to Black folks on the internet. Like we always do Black people have made the internet a much more interesting place and like always we have not received our just due. But we do have our moments of glory. Like the #Blackgirlmagic moments or #Blackexcellence, Black twitter is a whole ass institution, Black influencers and Black art nerds are more visible than ever. But, oftentimes the Black folks we celebrate are middle class or higher while the cultural sensations they’re celebrated for are invented and cultivated in the ghetto. Hear me out,   cause this might get a little touchy but stay with me. The intersection between privilege and oppression is a hard conversation for Black folk because the trauma of being Black alone is pretty fucking heavy and when it comes to the basic emotional labor it takes to navigate this country it’s the most marginalized folks who always do the bulk of that work i.e Black folk. So the additional work it takes to be accountable for our roles in the erasure and oppression of each other can sometimes feel daunting.
But, if we keep it really funky just because being oppressed is traumatic doesn't mean that there isn't sometimes protection and even vanity in it. Going back to the example of Black men and Black women. When confronted about misogyny and patriarchy it is often very easy for Black men to hide behind their Blackness as a victim never having to see himself as an oppressor or beneficiary of oppression because his victimhood serves as a more palatable gloss over his role in the system. Same could be said about white Americans in 2020 but fuck them..

Back to the glory …

I think it’s fair to say that most Black Americans are one sometimes two generations removed from the working class or poor or not removed at all. So our cultural references are almost always working class Black people or simply put hood shit. In recent years cultural symbols like baby hairs, bamboo earrings and name plates, old photos from Harlem in the 80's and iconic lil kim photos have made their way into fine art institutions and high fashion conversations. New doors are opening for Black people everyday. But, due to the nature of this country and our history in it Black people are experiencing expansion at disproportionate rates, and even though hood shit is being celebrated the hood itself is most definitely not. As a native New Yorker and resident of Brooklyn you see it in the gentrification everyday. The palatable Black person who gets to blend in comfortably with the new environment. The hip Black girl from suburbia with the baby hairs who’s the first face you see in the new vintage boutique on the corner. Her nameplate and brown skin give the perfect edge to the safety of her perfect diction and knowledge of Tame Impala records. All the while real Brooklyn girls can’t comfortably sit in a coffee shop without being perceived as a threat. It didn’t take me long to realize that when they said #Blackgirlmagic they weren’t talking about me.

Wait, before I go in let me just say that it would be some bullshit for me to not acknowledge that I am privileged at the expense of many women. Trans women, Fat women, Disabled women the list goes on. I am even privileged at the expense of many hood girls I often identify with because class status is about more than just income; it's about access and resources as well and being an artist in many ways has made me a more “palatable” Black person opening doors for me that remained closed to many of the women I grew up with.

At the intersection of class status, gender and race there is a special kind of woman. The kind of woman who can make beautiful things out of seemingly nothing. She is the reason we talk the way we do,dance the way we do, the reason we need an extra 15 minutes in our hair care routine to tie our baby hairs down. She's the reference for our boldness. But, in many Black spaces she is almost a taboo, and when she is in the room she is on her best behavior code switching for the middle class. Many of the compliments I’ve received from my creative peers on my “growth” has really just been on my increasing ability to tone myself down and blend in. Whether we are willing to be honest about it or not survival in this country often looks like vying for proximity to whiteness. It is often the people in furthest proximity who are left to fill in the gaps and compensate for the  dissonance of those in closer proximity. Hood joints are like they say on the mood board but not in the boardroom. Creating the content that is moving the culture forward and doing the heavy lifting when it comes to the erasure of black women because it is mostly her who is being erased. And that’s across the board, hood cis women, hood trans women, hood femmes and non binary folk, hood fat women, hood disabled women. Throw hood in front of it and it’s a whole different ball game that we rarely talk about. Here’s why… capitalism … because it isn't just about money. It’s a matter of people and things existing at the expense of other people and things. It’s about hierarchy and the emotional labor it takes to process and navigate all that can not be done by the beneficiaries of these scenarios, it just wouldn't work that way. I call this phenomena Emotional Climbing.

I may or may not have succeeded at what I set out to do at MoCADA in 2019 but since then I have tried to be more aware in my work.

The collage work and music video for my newest single fxck it then (directed by Morgan B. Powell, shot by Michael Grant, edited by Sammy Pisano and styled by Alexea Brown filmed in Andres Norwood’s studio who took additional press shots)  is an ode to hood joints. The video was a true labor of love and the collages were made the way I usually make them with instax photos, magazine clippings and edited on free apps on my iphone.

“This essay is really what I’ve been saying and experiencing for years. Elitism is a by product of capitalism which is feeding gentrification and gate keeper culture in major cities and by virtue internet culture. Working class black people, the “locals” of major cities and black women who are perceived as ghetto are as they say on the mood board but not in the board room.” - Yaya Bey 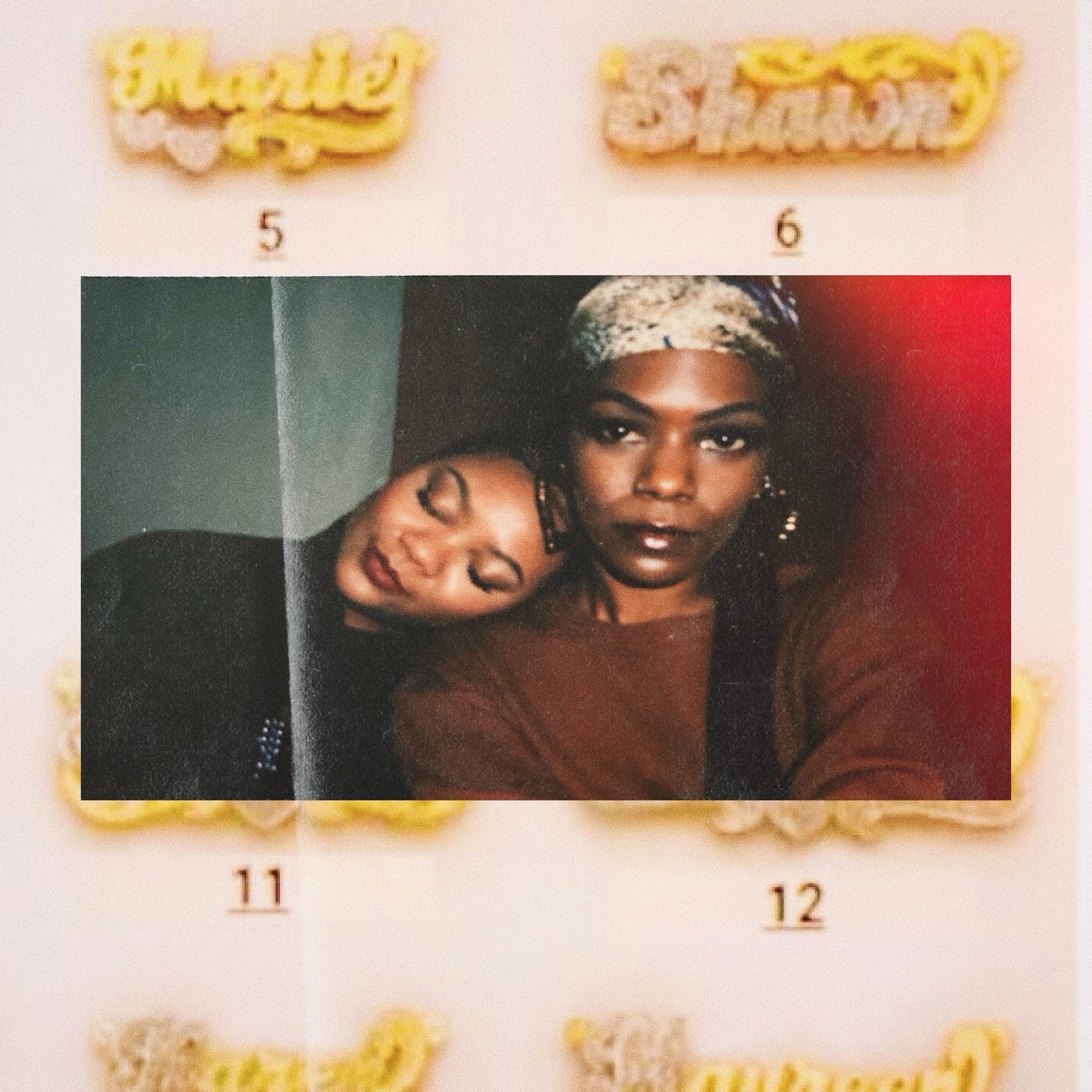 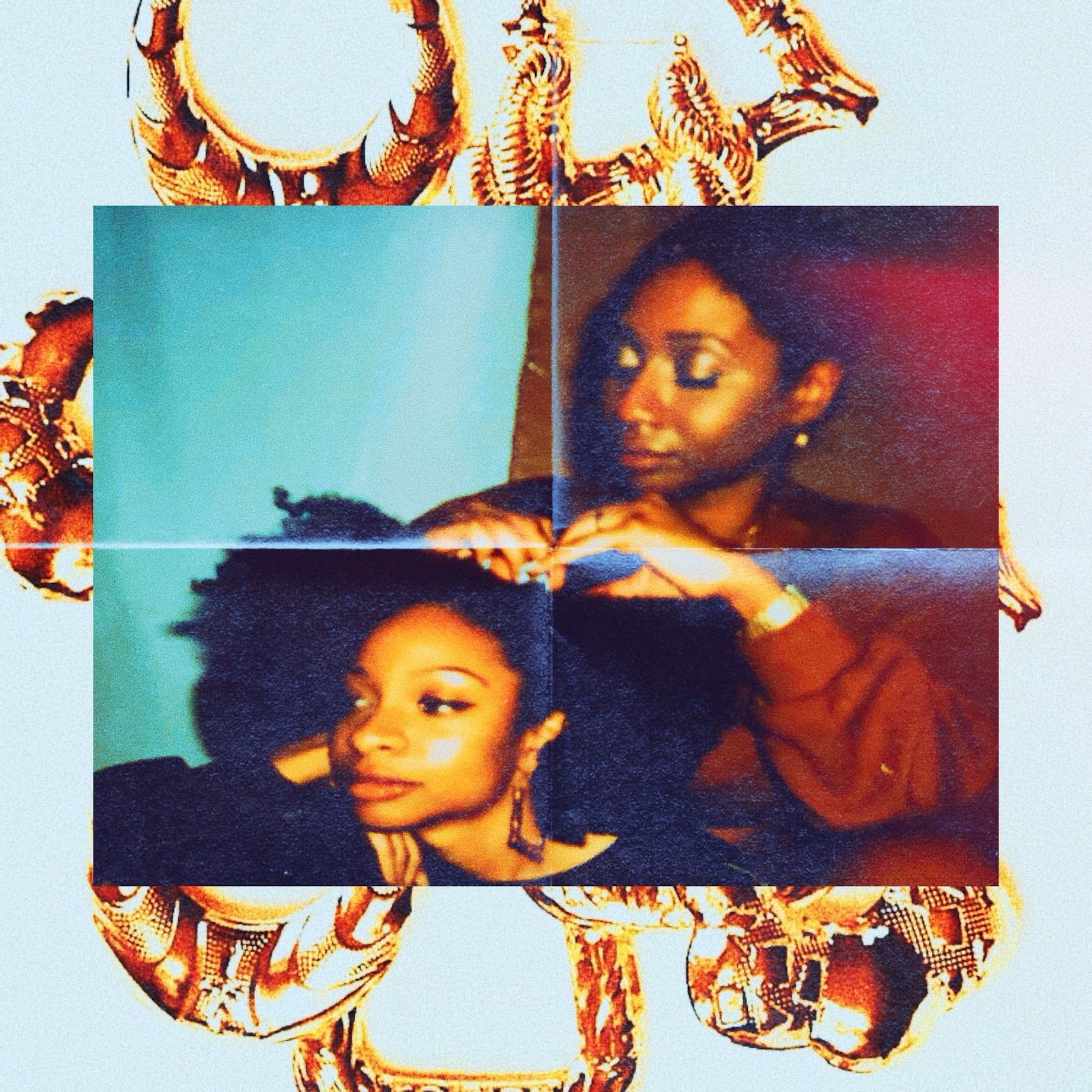 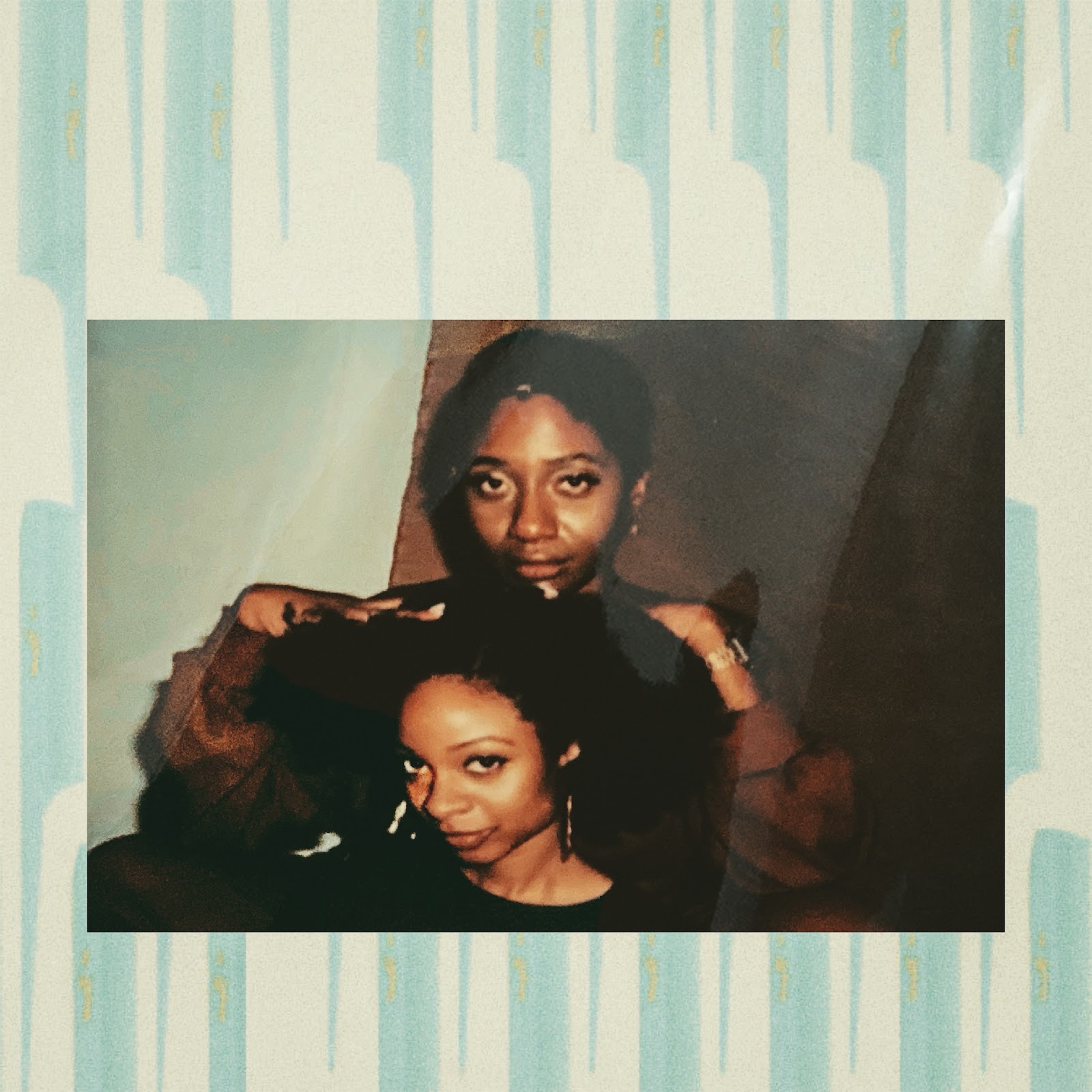 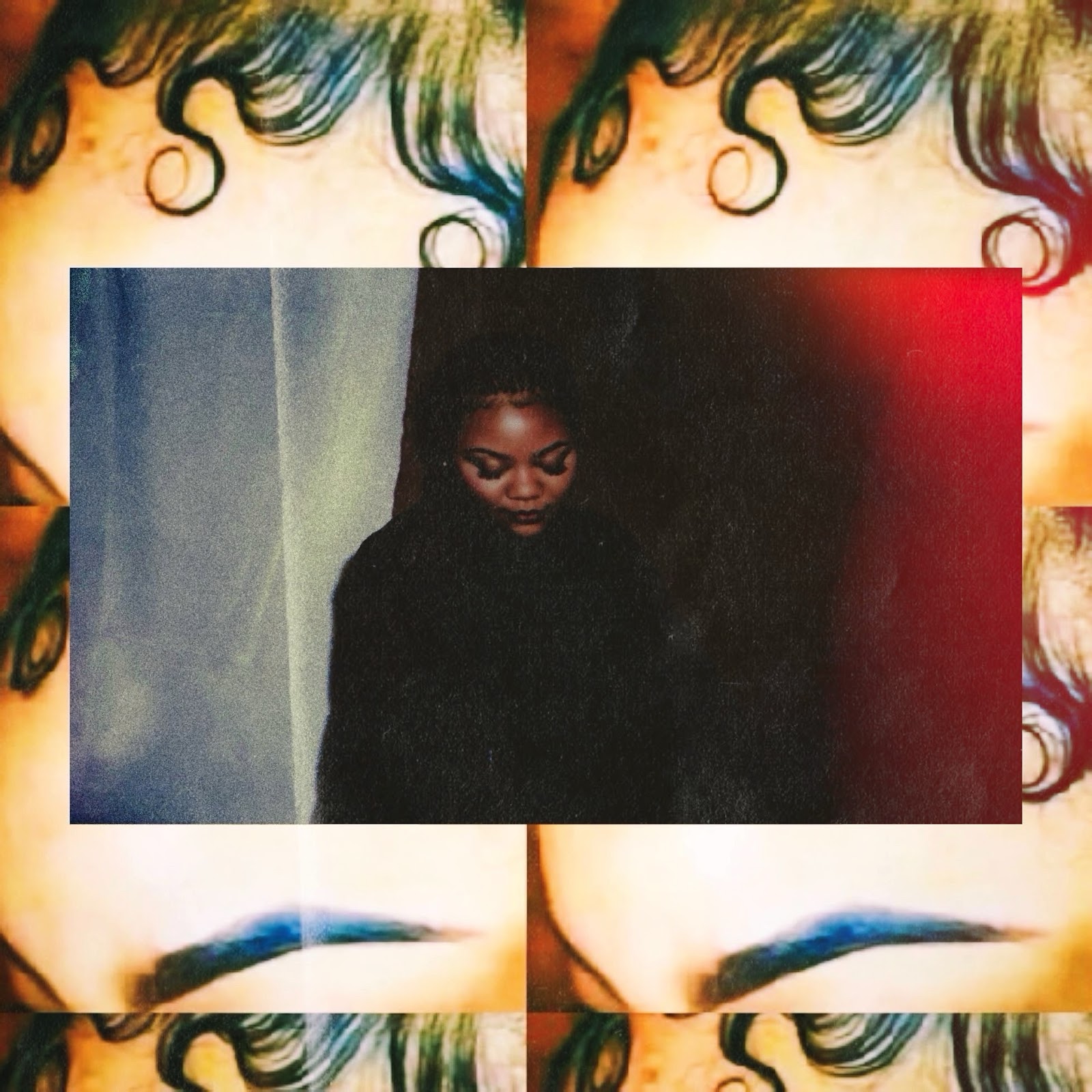 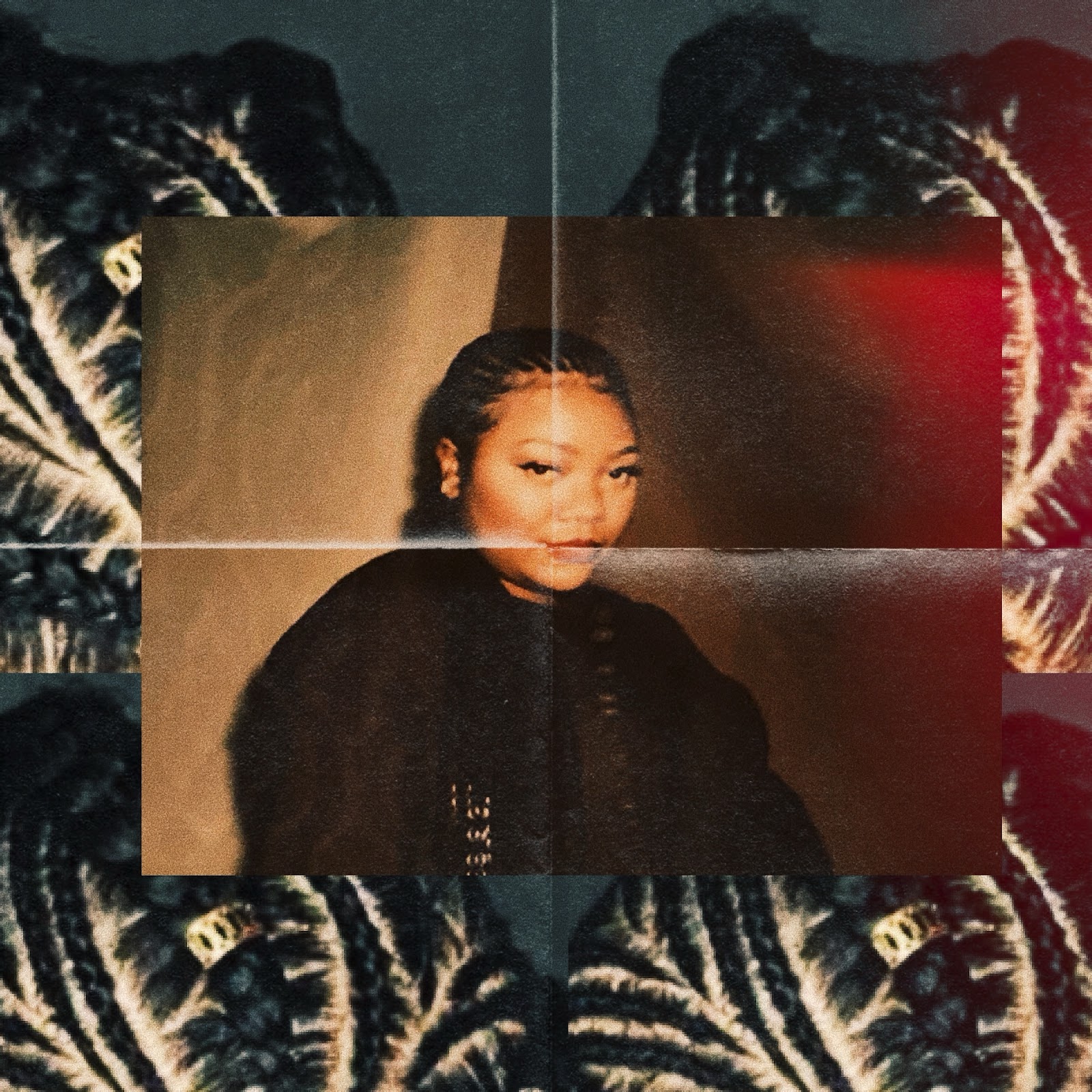 A team of like minded individuals working together to form a community that champions, shines a light on, supports & nourishes the music & artists.

Working to amplify Black and racialised artists voices, Big Dada looks to shift the narrative around this music, bypassing stereotypes to allow and encourage freedom to express oneself for who they are and want to be.

Big Dada has a long history and heritage which will be built upon whilst deepening its cultural identity by supporting & offering resources to a new generation of artists.

*for lack of a better term