‘Everyday People’ is a project that was created during lockdown, a particularly hard time for everyone. What started as a jam between young refugees taking centre stage over video calls became an EP that pushed the boundaries of language, music genre and creative expression, and resulted in a new form of music. 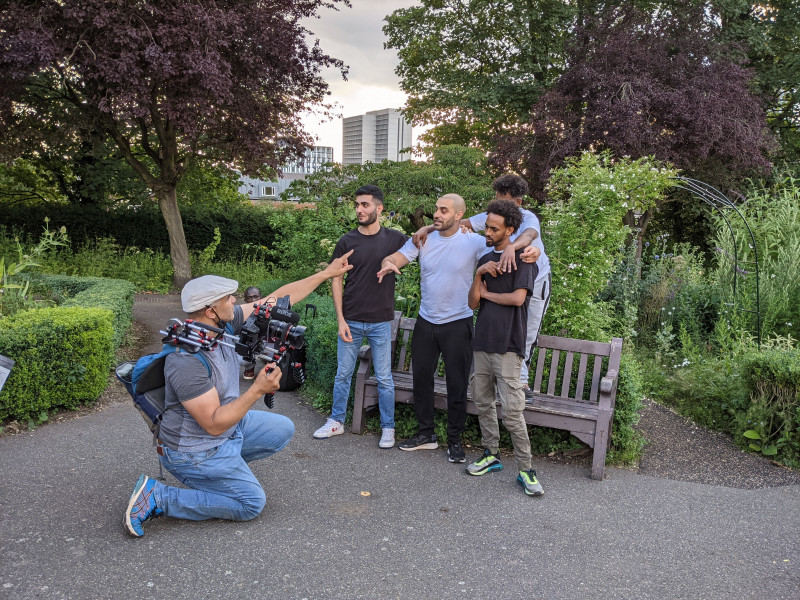 The collaboration is an urgent energetic call for equality, rejecting judgement, and embracing diversity. Led by multi-award winning organisation Music Action International, who deliver creative and skill-sharing programmes to people in exile, in displaced communities, refugee camps and post conflict settings. The other partner organisations who helped create a platform for young refugees are: British Red Cross, Compass Collective, Amazing People of the World (APOW) via Refugee Youth and the Horizons project at Manchester Settlement. These innovative music programmes improve mental health and well-being, bring communities together and speak out against human rights abuses.

“People that are seeking asylum are just human beings who bureaucracy and states make decisions about, giving them different rights before the law” 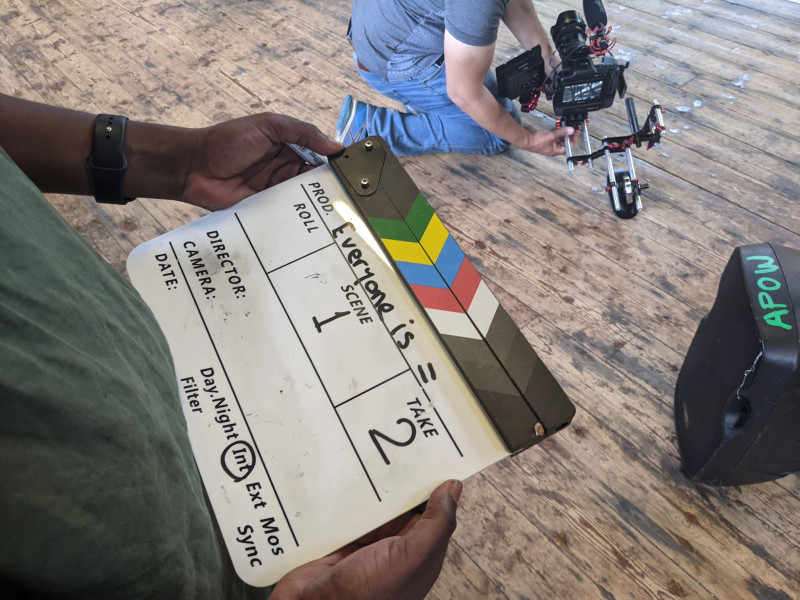 A testimony from Music Action International:

‘Refugees’ and ‘asylum seekers’ are all words that are familiar to us these days, but who are these people and why are they here?

Imagine having to leave your home, friends and family behind fearing for your life. You may have witnessed unbearable things in a war-zone that used to be your home and finally reach safety in another country. The young refugees and asylum seekers that collaborated on this EP all found themselves living in the UK after being forced to flee war and persecution from countries all around the world including Democratic Republic of Congo, Syria, Ethiopia, Afghanistan, Sudan, Iran and Iraq.

Unfortunately life doesn't always get any easier in the UK, where the current ‘hostile environment’ means young people face constant fear of being deported back to danger, becoming homeless, being left without support, or losing the right to work here. As if that wasn’t stressful enough the social weight of being a refugee can be daunting, there is a lack of understanding and empathy from communities that can be almost too much to bear.

“Music is life, music can help people cope with their depression and personal problems.”

The tracks featured in ‘Everyday People’ were created collaboratively across the country by many young refugees, who shared their experiences, languages and hopes for the future, inspiring each other to co-create lyrics, melodies and beats. The lyrics feature messages in many of the young peoples’ languages including English, Arabic, Vietnamese, French, Farsi, Lingala and Mandarin. These ideas developed in creative sessions with professional music facilitators from across the globe and were co-produced with the young people by Kensaye.

Music is a way to cope with this stress and a way to communicate directly with audiences. It humanises people and their experiences in a meaningful, uplifting way. That is what this EP is about and by streaming, sharing, or purchasing this EP you help amplify this message and make a difference.

“...Addicted to judging just like a smoker. Don’t put more weight on my shoulder...”

Lyrics from ‘Being Different is not a Disorder’

The ‘Everyday People’ EP is being released today on 10 December 2021 to coincide with - International Human Rights Day - and is essential listening right now.

Check out the video single “Special and Rare” from the EP.

If you would like to learn more about refugees and asylum seekers, or support this initiative, visit www.musicaction.org